Proudly Serving Our Community
FOR OVER 48 YEARS

At Wheeler Funeral Homes, our mission is to help make a difficult time in ones life as stress-free as possible during the process of making funeral arrangements, whether they are pre-planned, at-need, or cremation. We strive toward making a person’s funeral or memorial service deeply personal, and welcome families to share with us as much information as they can about their loved one so that we may provide the most meaningful ceremony possible.

Once you begin the arrangement process with Wheeler Funeral Homes, we will handle many of the other arrangements, relieving you from extra burdens during such a difficult time.

The following are just some of the services that we provide:

Another way we at Wheeler Funeral Homes cater to your needs is through our comfortable and caring atmosphere. Both of our single story locations offer handicap accessibility with no steps to maneuver. Inside the funeral home, our friendly staff will greet you at the door, providing an at home atmosphere, while also offering assurance by answering any questions you may have. For your convenience, we also offer a coffee lounge at both locations serving complimentary coffee, water and Coca-Cola products.

We pride ourselves on our service and experience, both of which make Wheeler Funeral Homes stand out above the rest. We give our individual and unique personal service to all of the families that walk through our doors. Our owner and operator, William Wheeler, has been in the funeral industry for over 48 years. He attended the University of Steubenville and then graduated from the Pittsburgh Institute of Mortuary Sciences (PIMS) in 1973, acquiring both his Embalming and Funeral Directing licenses. His daughter, Kristen Wheeler, has followed in his footsteps, working at the funeral home since 1998. She graduated Cum Laude in May of 2003 from West Liberty State College, served her two year apprenticeship at the funeral home, and passed her state boards to obtain her Funeral Directing license in October 2005. The most recent edition to the funeral directing staff was Michael Kurner, Kristen’s husband. Mike graduated from West Liberty State College in 1998, worked in both the hospitality industry and in the mortgage industry, then in 2009 he started his two year apprenticeship at the funeral home, passed his state boards and became a licensed funeral director in December of 2011. 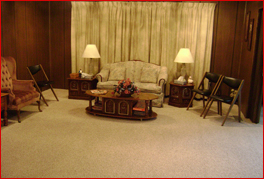 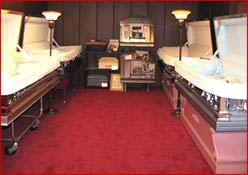 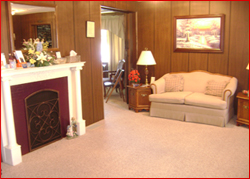 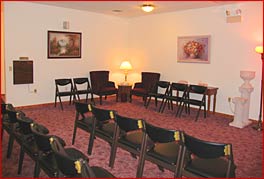 Click on the left & right edges to scroll through the photos