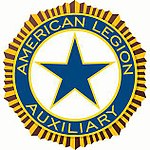 She was born March 30, 1926 in St. Clairsville, OH, a daughter of the late John A. Stout and Marie (Pasco) Stout Manley. On September 4, 1942 she married the love of her life, Chalmer E. Tate. Chalmer and Rose eventually made their home in Brilliant, OH with their eight children. The most enjoyable moments of Rose’s life were shared with Chalmer, their children and their grandchildren. Their door was always open to family and their extended family of friends.

Chalmer and Rose were among the original group of couples that formed the Brilliant American Legion Post 573. Rose spent many years working in the canteen, serving as an officer and a member of the Women’s Auxiliary. She participated in many Legion functions, especially the Fish Fry’s

She is survived by her children, John Tate, Jerry (Nancy) Tate, Jean Craghead and Jason (Leslie) Tate; daughter-in-law, Sherri Tate; son-in-law, Willis “Junior” Calhoun, who she thought of as her own son. Also surviving are her 22 grandchildren; 49 great-grandchildren; and 20 great-great-grandchildren, who always made her smile and gave her great joy; a brother, Michael (Gail) Stout; along with numerous nieces and nephews. She was a large part of our lives and will be deeply missed.

Friends will be received at the Wheeler Funeral Home, 712 Third St., Brilliant, OH, on Tuesday from 4-8 p.m. and also on Wednesday from 11:00 a.m. until the time of her funeral services at Noon with Bill Smythe, officiating. Interment will follow at New Alexandria Cemetery. Masks are required at the funeral home.

There will be a Brilliant Legion Auxiliary Service on Tuesday at 7:00 p.m. at the funeral home.

To send flowers to the family or plant a tree in memory of Marian Rose Tate, please visit our floral store.